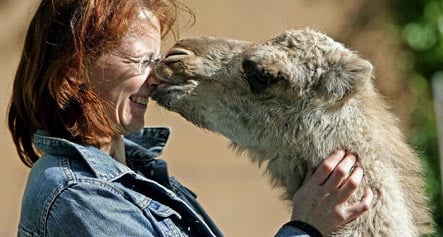 Another way to lose your nose. Photo: DPA

According to the police, an approximately 20-year-old man asked the woman for one of the newspapers she was delivering. Upon being denied, the man bit off the end of her nose and ran off. It is thought the deranged man has escaped out of town. The woman was taken to a clinic in the town of Kiel.

Perhaps inspired by Nikolai Gogol, the nose then eluded search by the police and the fire brigade for over an hour, before being retrieved. It was rushed to the clinic in a police car. It is not yet clear whether the body part has been successfully re-attached.

Fortified by their nose-location success, the Neumünster police are now searching for the 20-year-old man.