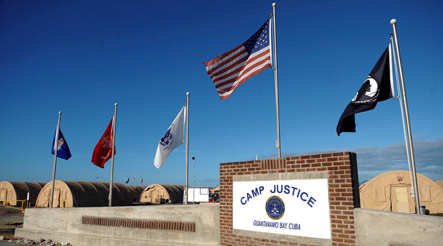 Günther Nooke, human rights envoy for the German government, told the Frankfurter Rundschau on Friday that Germany would work together with other European states to take in innocent inmates.

“Guantánamo is an American problem, but its closure should not be hindered because no-one knows where to put the prisoners,” Nooke told the paper.

Nooke is particularly interested in the plight of the 17 Uighurs held in Guantánamo. The Uighurs are a Muslim Turkic-speaking people native to central Asia, whose return to their home in China carries diplomatic baggage. China is opposed to the independence efforts of its small Uighur population and reacts irritably to western involvement in the question. Germany is one of the few European countries with an Uighur community.

According to Saturday’s report in the Frankfurter Rundschau, the German government has already conducted behind-the-scenes negotiations on the acceptance of the Uighur Guantánamo inmates. There is no evidence of their involvement in terrorist activities, and some were apparently sold by the Taliban to the United States military as prisoners.

It is widely thought that Obama faces a legal headache on what to do with Guantánamo Bay. Human rights groups are calling on him to release all prisoners that cannot be tried in a public court. Defence Secretary Robert Gates, who is to keep his post under Obama’s presidency, called for the dissolution of the camp two years ago, but has been more reserved since. Legal experts fear that it is doubtful that any inmates could receive a fair public trial.