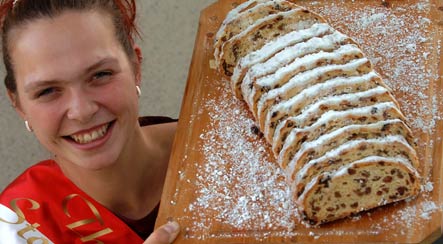 The mystery began in early December when two sub-contractors for a package delivery company pinched a “Stollen,” the traditional German cake, that a company in Stuttgart wanted to send to Uwe Vorkötter, editor-in-chief of the Frankfurter Rundschau newspaper.

To hide the theft, the two couriers, aged 27 and 35, replaced the cake with another package, which was being shipped by a company that handles sensitive computer data to the regional Berlin bank LBB, police said.

When the newspaper got the details of banking transactions of thousands of LBB clients, it notified prosecutors in Frankfurt and broke the story in what appeared to be another case of waylaid personal data in Germany. The police investigation into the missing data lasted over a week, until the two employees gave themselves up Friday.

Two weeks earlier the magazine Wirtschaftswoche reported that banking information of 21 million Germans was available under the counter for €12 million.

In October, the telecommunications operator Deutsche Telekom was forced to recognise that data from 17 million clients had been stolen and that the data of 30 million had been posted by mistake for two days on an Internet site. On 10th December, the German government drafted a law intended to reinforce the protection of personal data.

The solution of the case of the missing Stollen did not change Vorkötter’s take on the scandal his paper broke: “This shows how easily one can get such sensitive data,” he said.