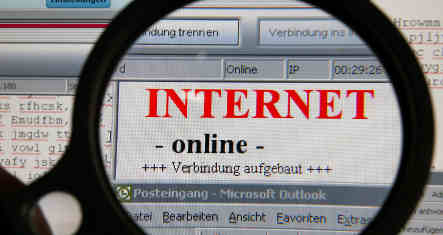 A last-minute compromise was successfully incorporated into the new law after being approved by a parliamentary arbitration committee.

From 2009 on, audio and video surveillance of private homes will be part of the police’s legal tactics. Searching the databases of private computers via the internet will also be allowed, though the BKA will not be allowed to break into a suspect’s home to install “spy” software, as originally planned by Angela Merkel’s conservative Christian Democratic Union (CDU).

The last-minute compromise, called for by representatives concerned about civil liberties, includes a provision that says a judge must approve all online surveillance operations, even in emergencies. The data must also be evaluated by two BKA officers, in addition to the personal data protection agent, to make sure it does not invade the “private life” of the suspect.

Despite these stipulations, opposition representatives, including former interior minister Gerhart Braun of the pro-business Free Democrats (FDP), have already expressed their intention to appeal the law at the constitutional court in Karlsruhe.

A particular concern with the new law has been voiced by journalists, doctors and lawyers, who will be denied the right to refuse testimony, and therefore see the new law as a serious compromise to their professional responsibilities should they find themselves the target of BKA surveillance. Defence lawyers, religious ministers and parliamentary representatives will however maintain their right to refuse testimony, and will not be allowed to be put under surveillance.

Opposition parties have also said they are concerned the new law will allow so-called “dragnet” operations where police download the personal data of innocent people to databases.