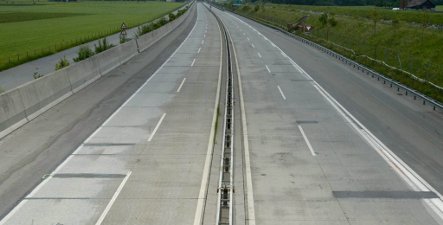 The A2 motorway is among Germany's most dangerous. Photo: DPA

The man was initially stopped by officers on the A2 motorway at 12:35 am on Wednesday morning after a witness reported he was walking in the road, police said late on Wednesday.

Officers found the man walking on the motorway towards Seelze, and determined that he was under the influence of alcohol, the police statement said. But because the man wasn’t showing any serious symptoms of deficiency, they decided to let him continue his journey after they determined that he had a registered address in the town.

“The 48-year-old could express himself clearly and did not seem disoriented, so police officers did not see a reason for further measures,” the statement said.

But about one hour later, two people called police from the A2 to say that they’d seen a man crossing the autobahn. While police were out investigating these calls, an emergency call came in at 1:45 am to report a severe accident. The man had been hit by a car on the same road, and police identified the victim late on Wednesday as the same pedestrian they’d stopped earlier.

An investigation into the incident is ongoing, the statement said.