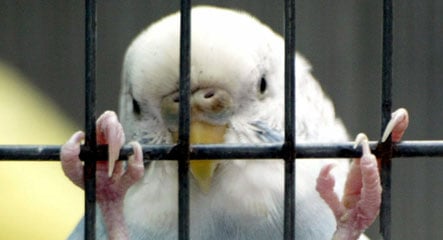 The budgies were living on perches installed along the walls, while the floors were saturated with droppings, veterinary services said. The pensioner told officials he had adopted two birds because he felt lonely and that nature had done the rest.

About 1,000 of the birds were evacuated on Tuesday, 300 on Wednesday, while the remainder were to be taken from the flat to a rescue shelter over the next few days, officials said. The tenant will also have to move becuase the flat was deemed no longer fit for human habitation.