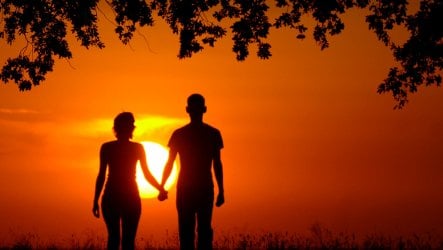 The “HSBC Bank International Expat Explorer Survey 08,” which questioned 2,155 expats in 48 countries on their experiences with integration, also found that 32 percent of expats in Germany also decided to start a family in the country – second only to Belgium.

Amorous expat feelings in Germany may stem from the country’s excellent ranking for overall “Expat Experience,” which was an average score based on four factors that measured integration success – ability to make local friends, joining community groups, learning the language, and buying local property.

Germany ranked second, behind only Canada, as the most welcoming country, with 92 percent of respondents saying they’d had an easy time making friends with local Teutons.

The country also came out ahead on the community group category. Some 65 percent reported having joined a community group, putting the joiners ahead of expats in Hong Kong, Singapore, Canada, and the US.

The will to engage in local culture manifested itself, perhaps surprisingly, in the number of expats who took on the notoriously difficult German language. A higher percentage of foreigners living in the country – some 75 percent – said they were learning German. In general, expats living in Europe were more likely to learn the language of the country where they lived, with those in Spain and Belgium coming in second and third place for linguistic motivation.

The lowest ranking in the survey came in the property category, with expats based in Germany ranking ninth out of fourteen spots for property purchases. Meanwhile more than half of expats who move to France, Canada or Spain said they’d decided to purchase property there.