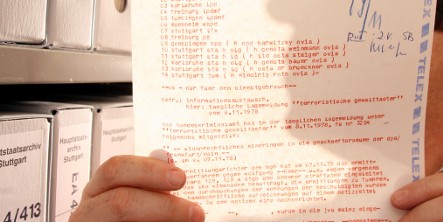 The interior ministry confessed the loss in an answer to a parliamentary question submitted by the Free Democrats (FDP), according to newsmagazine Der Spiegel.

The 332 files were considered top secret, but have been lost over the last ten years, with no clue as to where they have ended up. They were of ‘considerable significance,’ the Interior Ministry has admitted.

It was also revealed that nearly 3,200 secret files have been destroyed in this legislature period alone – rather than stored in the federal archive.

The files dealt with subjects such as organised crime, ‘research activities’ of other states, and ‘surveillance’ of foreign trade.

FDP MP Volker Wissing, criticised the procedure, saying that when secret files are shredded, it makes the government opaque.

But the government would not comment on file destruction, standing by its position opposing any general 30-year information release rule.

A spokesman said such a law would lead to the release of, “Information that could endanger the internal security of the federal republic or damage relations with other countries.”