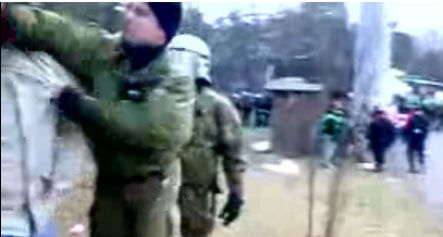 A criminal investigation has been launched, according to the Tagesspiegel, after the man was identified from the piece of film which had been posted on Youtube.

The incident occurred last Sunday on the edges of the match between BFC Dynamo and Tennis Borussia. The film shows a man talking on the phone and not getting out of the way of the policeman in question. The officer then approaches him and punches him in the face.

It was shown to the authorities on Thursday, and by Friday afternoon the man was suspended from active duty and a criminal investigation launched.

Berlin police confirmed to the Tagesspiegel that the man in question holds the rank of Erster Polizeihauptkommissar – which means he could be in charge of up to 80 other officers, the paper says.

Latest figures for complaints of police violence show 155 investigations were conducted in 2007, with 13 officers convicted of attacks, five of whom were fined – the remaining eight were given suspended sentences of between eight and 20 months. 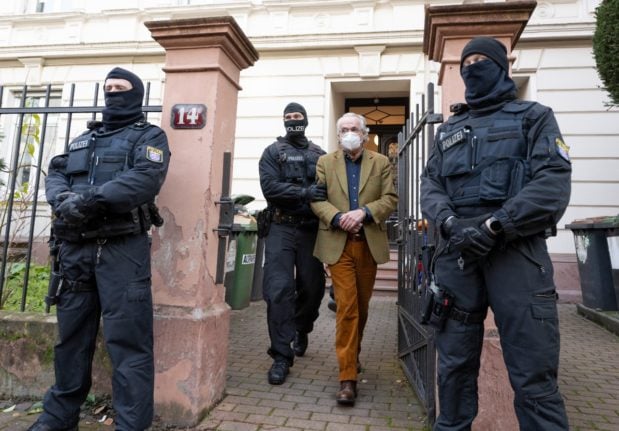 CRIME
Who was involved in the alleged plot to ‘overthrow German democracy’? 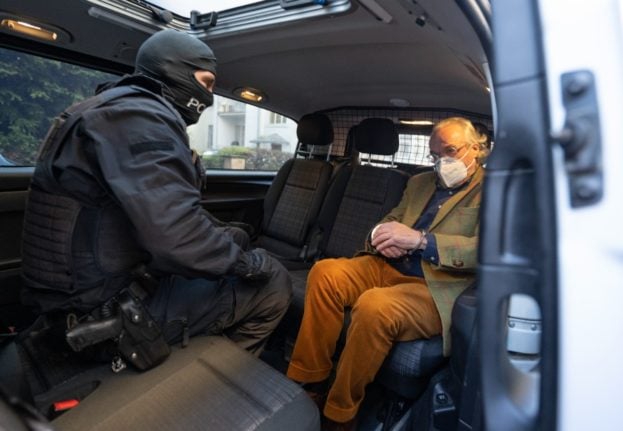 Well, if this all sounds like something out of a dystopian novel, there are a few characters you need to know about.

Here’s a rundown of who they are. 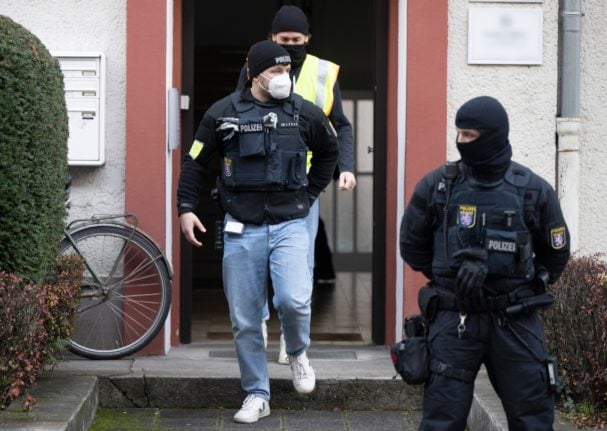 Known as far-right extremists who hanker after a bygone era, the Reichsbürger movement is nothing new in Germany – though its members have become increasingly volatile in recent years.

Alongside the alleged plot to overthrow the German government, other acts of terrorism have also been pinned on the group – or those associated with them. Most recently, they include a suspected plot to kidnap Health Minister Karl Lauterbach (SPD), along with planned attacks on asylum seekers, Jewish people and other minorities.

The 71-year-old “prince“, arrested in Frankfurt’s West End on Wednesday morning, has been described as the ringleader of the group. He pictured himself as head of the new revolutionary government if the envisioned coup went according to plan.

In a notorious speech given at a business summit in Zurich in 2019, Heinrich XIII had referenced the antisemitic conspiracy theory that the 20th century world order had been engineered by the Rothschild dynasty and the freemasons. He also complained that his own dynasty had been “disposessed” after the first world war.

Described by prosecutors as the terrorist group’s military arm, Von Pescatore was a paratrooper commander and then part of the Special Forces Command between 1993 and 1996.

He was allegedly dismissed from the military in disgrace after selling former East German weapons which had fallen out of use.

According to reports in The Guardian, an internet user bearing the name Von Pescatore made comments on a website claiming to expose the influence of the Freemasons on major world events back in 2019. The commenter allegedly claimed that the “truth” would be exposed once the current “system” had been brought down. 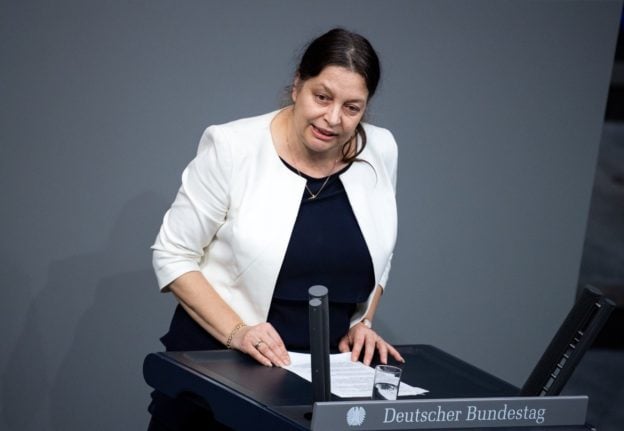 The lawyer-by-training had been a member of the far-right Alternative for Germany ever since it was founded in 2013 as a party against the Euro currency.

A member of Bundestag between 2017 and 2021, she grew increasingly vocal against immigration and espoused conspiracy theories from the extremist group QANon.

Until recently, she had been working as a district judge in a Berlin court. In October, members of the left-wing Linke party launched an unsuccessful attempt to oust her from her role due to her inflammatory comments about migrants and refugees.

She is believed to own at least two firearms.

So far, prosecutors have mentioned a number of others who could have been involved in the alleged plot. One is a Russian woman called Vitalia B., who is accused of having tried to facilitate contact between the plotters and the Russian government in order to discuss a “new political order” in Germany.

Former soldiers are also believed to be among the members of the terror group, and they are also thought to have tried to recruit members of the police force. Other people arrested include a roofer from the Covid-sceptic ‘Querdenker’ movement, a pilot with a German airline, a doctor, a high-end chef and an opera singer who could have been installed as culture minister following the takeover.