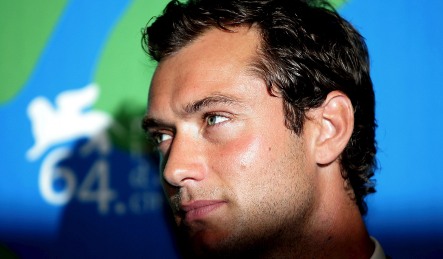 Apart from pie, the best Britain has to offer. Photo: DPA

“Rage,” a black comedy about a New York fashion house by British director Sally Potter (“Orlando”), will vie for the Golden Bear with a powerhouse cast including Jude Law, Judi Dench, Dianne Wiest and Steve Buscemi.

Rebecca Miller, daughter of the late US playwright Arthur Miller and wife of Daniel Day-Lewis, will premiere “The Private Lives of Pippa Lee” based on her debut novel. The cast features Robin Wright Penn, Keanu Reeves and Julianne Moore.

“Many of the films we’ve chosen explore the globalised world and its impact on people’s private lives,” festival director Dieter Kosslick said in a statement. “These works tell of meaningful encounters, resistance, as well as traumatic experiences. International crises are reflected in them, but also the hope that a better world is possible. Towards the end of the festival the ‘Pink Panther’ will save the world again with humour.”

The festival will open February 5 with the premiere of “The International,” a spy thriller starring Clive Owen and Naomi Watts, directed by German film-maker Tom Tykwer (“Run, Lola, Run”).

The Berlinale, running to February 15, ranks below Cannes and alongside Venice among the world’s top film festivals.