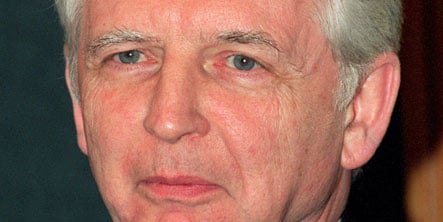 The professor emeritus and former Chairman and Scientific Director of the German Cancer Research Centre in Heidelberg will share the award with France’s Francoise Barré-Sinoussi and Luc Montagnier, who discovered the virus that causes HIV.

Zur Hausen, 71, will officially receive his portion of the approximately €1.4 million award presented by Sweden’s King Carl XVI Gustaf with other award winners in literature, medicine, physics, chemistry and economics.

The ceremony in the Swedish capital – held as tradition dictates on the anniversary of the death of prize founder Alfred Nobel – will be followed by a gala banquet at the Stockholm city hall.

Meanwhile former Finnish president and peace broker Martti Ahtisaari will on Wednesday receive the 2008 Nobel Peace Prize later in the day in Oslo for his efforts to resolve conflicts in trouble spots ranging from Kosovo to Namibia and Indonesia.

Ahtisaari, 71, who figured among the frontrunners for the prize for years, is being honoured “for his important efforts, on several continents and over more than three decades, to resolve international conflicts.”

Ahtisaari has said the highlight of his career was his tour as United Nations special envoy to Namibia, during which he helped guide the country to peaceful independence in 1990 after more than a decade of talks. He also oversaw the 2005 reconciliation between the Indonesian government and Free Aceh Movement (GAM) rebels, ending a three-decade conflict that killed some 15,000 people.

In Europe, the Finnish career diplomat played a key role in bringing an end to hostilities in the breakaway Serbian province of Kosovo in 1999, before attempting in vain from 2005 to 2007 to broker an agreement between Belgrade and Pristina on the province’s status.

US economist Paul Krugman, 55, a fierce critic of George W. Bush’s handling of the global financial crisis, will meanwhile receive the Nobel economics prize for his work on the impact of free trade and globalisation.

Makoto Kobayashi and Toshihide Maskawa of Japan will receive half of the Nobel Physics Prize for their work in fundamental particles, while organizers said 87-year-old Yoichiro Nambu of the United States had been unable to travel to Stockholm to receive the other half of the award due to his advanced age.

And finally, Osamu Shimomura of Japan and US duo Martin Chalfie and Roger Tsien will receive the chemistry prize for their work on a fluorescent jellyfish protein that has become a vital lab tool.