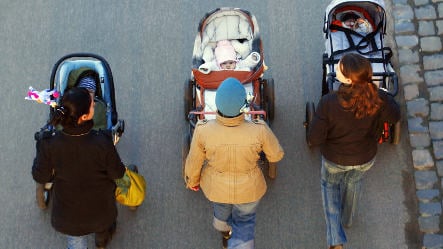 Only 13 percent of German women remain childless after 50 – which the study assumed was past child-bearing age.

The preliminary results of the test, which Destatis said was the largest annual household survey in Europe, showed a significant difference between women in the eastern and western German states. Some 92 percent of women from the formerly communist German Democratic Republic reported having at least one child, while 86 percent of western German women said they’d had children.

The microcensus surveyed women between the ages of 15 and 75-years-old, and 2008 was the first year to include the question on how many children women had.