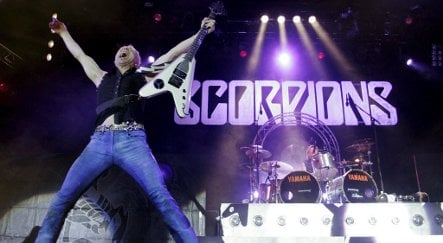 The site was placed on the Internet Watch Foundation’s list of forbidden websites last week, spokesperson Sarah Robertson told AP. Many of the country’s internet service providers use the foundation’s list to guide them in choosing which sites to block, she said. Internet users first tipped the Internet Watch Foundation off to the image, and the organization concluded that it could possibly be considered child pornography.

The 32-year-old cover of the “Virgin Killer” cover features a naked pre-teen girl, and was met with so much criticism when it was released in 1976 that the band re-released the album with a different cover in several countries. The new cover featured the five band members.

But Wikipedia officials and users have criticized the block, saying it’s inappropriate to block the text of the site in addition to the photo.

“The IWF didn’t just block the image; it blocked access to the article itself, which discusses the image in a neutral, encyclopedic fashion,” said Sue Gardner, Executive Director of the Wikimedia Foundation, in a statement.

“The IWF says its goal is to protect UK citizens, but I can’t see how this action helps to achieve that – and meanwhile, it deprives UK internet users of the ability to access information which should be freely available to everyone.”

The Hannover-based metal band is best known for their 1980s singles “Rock You Like a Hurricane,” “No One Like You,” and has sold over 75 million albums.