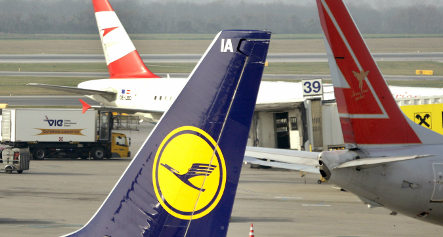 “From a legal point of view, the offer of €4.44 ($5.60) is okay. It’s a sensible lower limit,” the head of the Austrian shareholder association IVA, Wilhelm Rasinger told the news agency APA.

However, since some €500 million of AUA’s debt were also to be written off using public money, the value of the company was worth around €6 per share more, Rasinger said. The IVG chief nevertheless insisted it was “positive” that AUA was getting a “competent core shareholder” with Lufthansa.

Lufthansa’s supervisory board gave the go-ahead Wednesday to the purchase of a 41.6 percent stake in AUA for a symbolic price of one euro cent per share or €366,000 in all. The German carrier also said it would pay 4.44 euros for each of the remaining shares, or a total €215 million, on condition it secures a stake of more than 75 percent.

The supervisory board of the Austrian state holding company OeIAG, which is selling the 41.6 percent stake, is set to give its green light on Friday.

Lufthansa is hopeful the deal will also get past Brussels, even though low-cost carrier Ryanair and Franco-Dutch group Air France-KLM have filed a complaint against the fact that AUA’s debts are being taken over by the Austrian state.

EU Transport Commissioner Antonio Tajani said last week that Brussels had not yet started looking at the case.