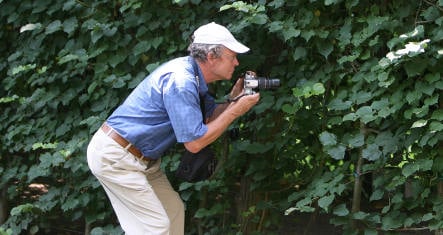 Lidl, which has been plagued by several scandals in recent months including spying on its own employees, is now apparently helping the sometimes shameless Bild to spy on others.

For €69.99, hobby Paparazzi will be able to buy the “Creative Vado” model video recorder at some 3,000 shops across the country. Built-in software provides a direct link to the Bild newsroom. The same camera without the Bild connection can be purchased online for €78.98 the paper reported.

“The camera has four buttons. It makes it easy as pie to become a reader-reporter,” Bild spokesperson Thomas Fröhlich told the paper.

The German Journalists Association (DJV) finds the offer questionable, though. “Laymen don’t know anything about the media code. If they don’t behave, then soon journalists will have to stay outside the rules too,” spokesperson Hendrik Zörner said.

Lidl to defended their offer, saying, “How and for what the costumer uses this product is up to them,” spokesperson Simone Hartmann told the taz.

Beyond €8.99 in savings, Bild said there were further incentives planned for citizen reporters, but did not reveal details, the paper reported.