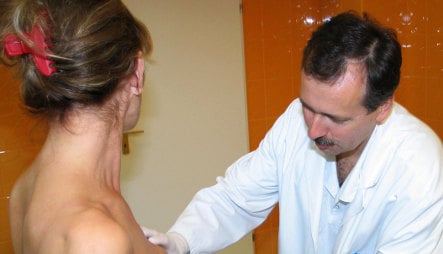 “Plastic surgery can be dangerous,” head of the IGÄM international society for aesthetic medicine Werner Mang told the paper. “There are many risks for complications. Every third operation goes wrong with some doctors,” he added.

But now doctors can apply for the seal of approval from DEKRA, Germany’s top technical watchdog, Mang said. As one of the country’s best-known surgeons, he has asked all doctors in the field to fight subpar aesthetic procedures by applying for the seal. DEKRA is most famous for the TÜV, or vehicle inspection sticker, and tz dubbed the new approval system the “Breast TÜV.”

“Every surgeon who performs breast enlargements, facelifts or liposuction must be regulated,” the Bodensee-based doctor said, adding that this way people will know which clinics are the best. “Botchers and charlatans would never pass this test.”

The IGÄM aesthetic medicine society is the first medical group of any kind in Germany to seek such a system of approval, but Mang said he hoped more would follow suit, saying the seal, which he was awarded last Thursday, was like a “driver’s license for doctors.”