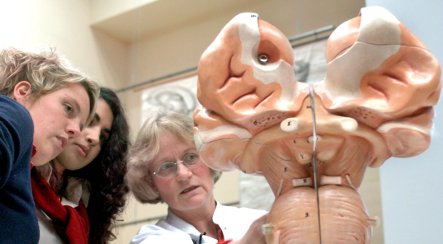 With some 385,500 first semester higher education students for 2008, the country has almost reached its goal of having 40 percent of its university-age students enrolled, Destatis said. The ratio is calculated based on the share of new entrants in the population of the same age.

Almost every state reported a hike in enrollment, Destatis reported, with the highest increases in the states of Hesse, Saarland, Brandenburg and Hamburg.

The total number of students registered for the 2008-2009 winter semester is 2.01 million, an increase of 4 percent from the same time last year, making it the first time since the 2003-2004 winter semester that the number has exceeded 2 million.