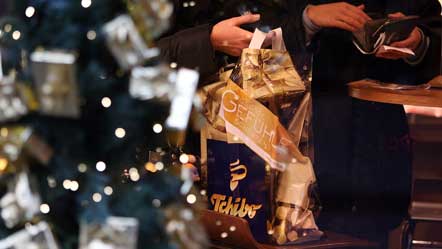 Germany does not have to go along with the idea of spending more to ease the economic crisis just because other countries are doing so, Steinbrueck told the weekly newsmagazine Der Spiegel.

“We can ease (the effects of the crisis) in a targeted way. But we are not all powerful,” he said, adding he rejected “the argument that ‘a lot of help helps a lot’.”

German Chancellor Angela Merkel this week was cool to the idea pushed by French President Nicolas Sarkozy and current president of the EU to contribute to a proposed €200 billion ($254 billion) European stimulus plan drafted by Brussels.

“The Germans do not have to accept a European proposal where we do not understand what could be the economic impact,” said Steinbrück, a Social Democrat minister.

Berlin has already shown a “strong response” to the global financial crisis, he added, having earlier this month committed around €31 billion over two years to support Europe’s biggest economy, which fell into recession in the third quarter.

Steinbrück called for “not threatening (the recovery process) with ineffective populist measures.”

He also sarcastically dismissed the idea of lowering the value-added tax on purchases, saying: “Great idea! That would cost €20 billion, without any guarantee it would be effective.”

According to the weekly newsmagazine Focus to be published Monday, Glos wants a rapid decision from the government on the measures, which would assist those on the lower end of the pay scale and the middle classes.

However, the political factions are split over the proposal, with Merkel and her conservative Christian Democrats (CDU) opposed to tax cuts, and the question is expected to figure in the CDU’s party conference which begins Monday.

Merkel repeated her opposition to the proposed cuts and said she would prefer broader fiscal reforms to “establish justice for the taxpayer,” if her party won federal elections in September next year.

“We have to do something something against this unjust development which punishes key drivers of the economy,” she said.

Merkel herself has come under criticism for her perceived lack of action in confronting the financial crisis. Der Spiegel in its latest issue pictures the chancellor on its cover, her arms crossed and wearing a grim expression, under the headline: “Angela Mutlos” (Angela without courage) and “the German chancellor’s dangerous hesitation.”