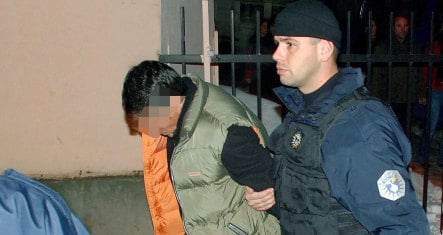 After examining evidence about the November 14 attack on the offices of the European Union’s envoy to Pristina, the local court said it was handing the case over to the United Nations judiciary in Kosovo, judge Anton Lokaj said.

“If the international judges do not (consider the case), we will make a decision tomorrow,” Lokaj said, referring to further actions.

International judges are present in Kosovo as part of the UN’s interim mission that has managed the disputed territory since the end of its 1998-1999 war.

The decision to defer it to them came after the local court reviewed a complaint the three German’s lawyers lodged Monday against their month-long detention on the basis of a lack of evidence.

The Germans were arrested last week on suspicion of having bombed the Pristina headquarters of the International Civilian Office (ICO), run by EU special envoy Pieter Feith. Kosovo and German media reports said the trio worked for Germany’s foreign intelligence agency, the BND.

On Wednesday, Kosovo’s RTK state television said they could be released from prison soon. Police had submitted a report to a Pristina court on the opening of the investigations “which does not confirm the suspicion the three arrested German nationals were linked” to the attack, RTK reported.