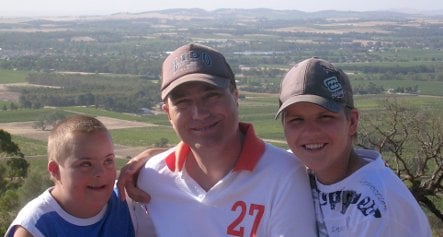 Bernhard Moeller and his family were allowed to remain because they were making a valuable contribution to their community, the government said.

“Dr. Moeller is providing a much needed service in the area, the family have integrated very well and they have substantial community support,” Immigration Minister Chris Evans told the Senate after intervening personally. “I’m pleased they have chosen to call Australia home.”

Moeller, a specialist physician, moved to southern Victoria state two years ago to fill a position left vacant by the country’s doctor shortage.

He applied for permanent residency but was rejected because his 13-year-old son Lukas’ Down’s Syndrome was deemed to place a potential burden on the health system.

Evans intervened after the department’s decision was upheld by the Migration Review Tribunal on Tuesday and amid a public outcry.

Moeller said he could not believe his ears when told he would be allowed to stay and said he was surprised at how quickly his case was decided.

He said while his son was delighted, the family had felt under pressure and the bureaucratic process had been disappointing.

But he told national news agency AAP: “I never had any problems with Australia. We have been lucky with the amount of support we have experienced from all around Australia. Australians are such friendly people who look after each other.”