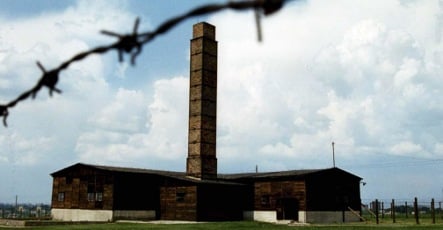 A file photo of the Nazi Majdanek camp in Poland. Photo: DPA

“I support radical measures,” he said. “I’m thinking of launching a serious and high-profile court case for big money against this kind of newspaper so it will echo in the world press.”

The error was made in a report from Israel, printed Monday in Die Welt, detailing a visit by Israelis to the World War II concentration camp near Lublin, eastern Poland.

The internet version of the report was corrected Tuesday, with Die Welt explaining that Majdanek – where 360,000 perished during World War II – was “a German concentration camp installed by the SS in Poland which was occupied on the orders of Heinrich Himmler.”

Warsaw regularly protests against use of the adjective “Polish” to describe concentration camps established by Nazi Germany in occupied Poland during World War II.