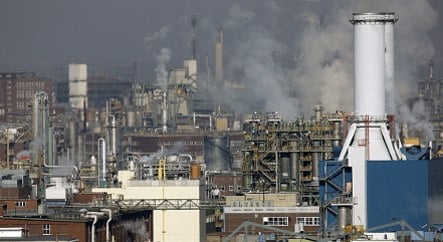 Germany could lose more than 100,000 jobs if the European Union makes industries pay for pollution rights that are free at present, a press report said on Tuesday, citing an unpublished economy ministry report.

When indirect effects on subcontrators were factored in, almost 300,000 jobs could disappear by 2020, according to another study by the Muenster-based EEFA research institute.

The two studies could raise pressure on Chancellor Angela Merkel, who is in talks with European partners on a climate plan that aims to cut greenhouse emissions by 20 percent from their 1990 levels by 2020.

A compromise might be reached on the issue during a European summit in mid December.

The current text proposes to have some industries pay for pollution rights starting in 2013.

Making companies pay for those rights is contested in Germany, which is still home to several heavy industries, in particular chemical companies.