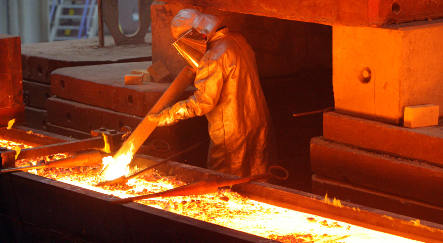 Two weeks ago Chancellor Angela Merkel unveiled a raft of tax cuts, infrastructure projects and cheap corporate loans that she said would spark €50 billion ($62 billion) in economic activity over 2009-2010.

Berlin is expected to tell its EU partners that this covers its contribution to a large recovery plan – worth €130 billion according to Berlin – being put together by the European Commission. But with ever gloomier economic data from around the world and companies clearly struggling, Merkel is getting shtick for not following other countries in giving the EU’s powerhouse economy more of a kick.

According to Germany’s Economy Ministry, the European Union’s 27 members are expected to be called upon to contribute one percent of their annual economic output to Brussels’ programme.

Ewald Nowotny, a member of the European Central Bank’s committee that sets interest rates, said Germany – which accounts for a third of eurozone output – should contribute twice this, or €50 billion.

“There is really a lot of room for manoeuvre especially in Germany, so I think you should use it,” Nowotny, who is Austria’s central bank governor, told the Financial Times in an interview.

Nowotny is just the latest in a growing chorus of voices directed at Berlin, with other countries, economists, company bosses and unions calling for it to wake from its slumber.

French President Nicolas Sarkozy said meanwhile on Thursday he wanted to launch a “strategic offensive” with France’s European partners by the end of the year and that he would discuss it with Merkel in Paris on Monday.

Even World Bank chief Robert Zoellick joined the act, telling an audience in Berlin on Wednesday night that Germany “could inspire us much more.” But Berlin counters that simply spending one’s way out of a recession is reckless and will do little to address the main factor behind Germany’s woes: weak demand abroad for its exports.

It also believes consumers would use deeper tax cuts to top up their savings accounts rather than to spend in the shops. “The government is not omnipotent. In the age of globalisation you cannot fight against a global slowdown with Germany’s budget,” Finance Minister Peer Steinbrück said recently.

“A classic economic programme is not going to help. We would be burning lots of cash without any major real effect.”

With the German government much closer to balancing its budget than many of its EU partners, critics say Berlin can afford to increase spending in order to boost its economy. But government figures on Wednesday showed that the slowdown is blowing its much-trumpeted budgetary prudence off course, with the Finance Ministry now expecting a federal deficit wider this year than in 2007.

Steinbrück had been aiming for several years at achieving a balanced federal budget by 2011 but his budget plans, due to be chewed over by lawmakers on Thursday, indicate that this will not be the case.

“Germany’s finances are not in that good a state,” Eckart Tuchtfeld, economist at Commerzbank, told AFP. “Germany is confronted by the problem of an ageing population, posing serious dangers to its budget in the coming years.”

“The Germans have also had bad experiences with stimulus programmes. In the 1970s and 1980s for example they achieved nothing in the face of the oil shocks,” he said.