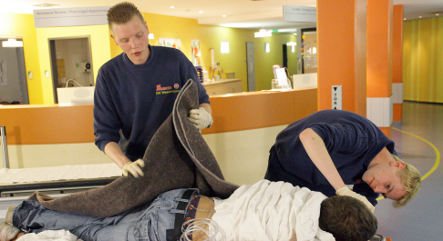 Parents should pay for the transport because it’s not fair that the city “take on the costs of this lunacy,” head of the Berlin chapter of the German Police Union (DPOLG), Bodo Pfalzgraf, told the paper.

He said his organisation had counted 1,012 cases of drunk children and teens in the first 10 months of 2008 and health insurance providers took on additional charges for medical care.

In September, daily Die Welt reported that school breaks are the most problematic time of the year when it comes to youth alcohol abuse, adding that many kids pilfer their parent’s alcohol stash while left home alone.

A recent case involved a 13-year-old picked up in the Charlottenburg district with a blood alcohol content level of 0.11 after concerned neighbours called police, the paper reported.

The topic of “coma boozing” has been hotly debated in Berlin after a 16-year-old died after drinking 50 tequila shots in early 2007. Many bars offer flat rate “all you can drink” specials.