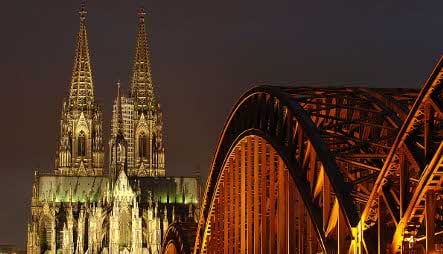 More than 3,000 people took part in the online poll to name their top 15 favourite sites in the country for 2008, but each pick only received a few percentage points due to a wide range of landmarks named. The neo-gothic UNESCO World Heritage site of the Cologne Cathedral was able to top the list with just 8.8 percent of the votes.

“The newest poll shows that participants decided on many different and lesser known attractions – mainly from their own regions,” DTV President Reinhard Meyer said in a statement. “This shows that Germany is a varied and richly diverse country.”

Seven tourist attractions made the list for the first time this year, meanwhile attractions in the capital Berlin, including the entire city, “not surprisingly,” dominated the list.

Some 84 percent of participants said they had actually visited their favourite site.

The top 15 tourist sites in Germany (including ties):

5. The port of Hamburg (Hamburg)

8. The city of Berlin

11. Monument of the Battle of the Nations (Leipzig)