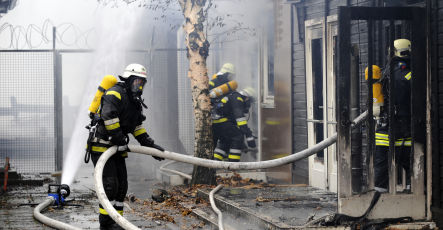 Airport spokesperson Ralf Kunkel said the blaze broke out at Tegel’s quarantine warehouse, but no people were in danger. Despite heavy rain, the large fire created enough smoke that officials diverted four flights to nearby Schönefeld airport.

Flights were reportedly operating on schedule by late morning.

The fire started close to the military section of the airport in a 1,000-square metre wooden structure. A large contingent of 150 fire fighters worked to keep the fire from spreading to neighbouring buildings.

A spokesman for the fire brigade said he expected the blaze to be under control soon, but added efforts could last well through to the afternoon until every pocket of embers was quelled.