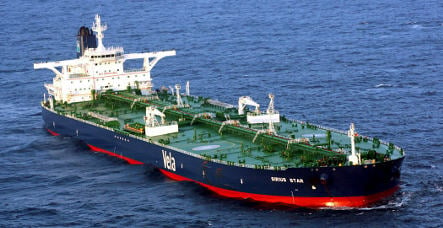 This Saudi-owned tanker was captured by pirates this week. Photo: DPA

“I hope that it will be decided in the next few days,” he said on the diplomatic visit to India, the country whose forces sunk a pirate ship on Tuesday evening.

But not everyone is happy about how Berlin is approaching the situation. Former chief of staff for the Bundeswehr’s strategic planning, Vice Admiral Ulrich Weisser, told daily Kölner Stadt-Anzeiger on Thursday that the legislative process had become “embarrassing German wrangling about legal questions and powers.”

“The simple thing would be a robust mandate giving the navy all necessary powers,” Weisser told the paper. “Someone should clarify for me how at short notice German police are going to be brought to the scene such a long distance away.”

The waters off Somalia are among the most pirate-infested in the world. Several German ships, yachts and hostages have been captured for ransom by pirates off the Horn of Africa in recent months.