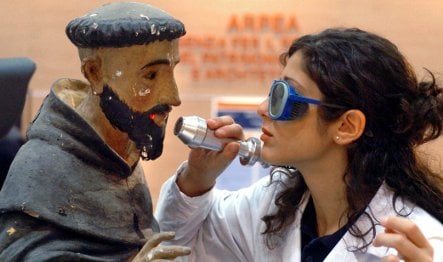 File photo of preservation demonstration at the trade show in 2004. Photo: DPA

The ten awards for engagement, daring projects, perseverance and rescue of old documents will kick off a “preservation trade show” at the old city hall in the morning.

Head of the national committee for historical preservation Eva-Maria Stange will present the awards, which are the country’s highest honour for such work. She will replace German President Horst Köhler, who cancelled his appearance.