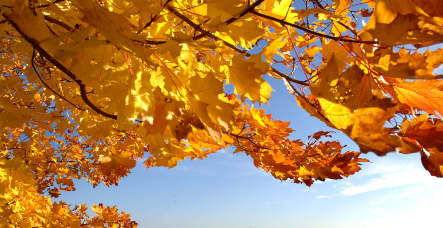 The request was simple – my girlfriend wanted to celebrate our anniversary “somewhere quiet, romantic, maybe near a forest.”

Living in Berlin, a quick search online turned up a variety of attractive options in neighbouring Brandenburg. The Gutshof Glien, a former estate outside of Belzig, especially caught our attention. The price was so right (€55 per person for two nights, including breakfast) that we worried whether our room would be a cold, dank stall in the stables. But at worst, we figured it would be an adventure and a chance to see a new part of Germany.

Belzig is a mediaeval town, about 80 kilometres southwest of Berlin in the Fläming region – which was named for 12th-century Flemish immigrants to the area. The surrounding Hoher Fläming park is one of the largest nature preserves in Brandenburg, filled with rolling, forested hills, tiny villages and wide fields filled with green sprouts despite the autumn weather. Even in November, the temperatures were mild and the changing leaves still spectacular.

We arrived by train and called a taxi to take us to the Gutshof, located in the tiny hamlet of Klein Glien about five kilometres outside of town. The hotel normally offers a free shuttle service from the train station, but had sent an email to say that the service wasn’t available the weekend we were visiting. I called the hotel from the station to ask if they had another taxi service to recommend and they promised to find us one. Fifteen minutes later, a station wagon pulled up, driven by a uniformed cook.

“I’m from the hotel and here to pick you up,” he said cheerfully. That set the tone for the entire weekend with the refreshingly friendly hotel staff doing their utmost to please us with a surprisingly un-German attitude toward service.

The hotel itself is an elegant and recently-renovated 19th-century manor house that had served as a school in East German times. There’s an English-style garden that would probably be extremely enjoyable in warmer weather. Some of the rooms were furnished with antiques including hand-painted wooden beds.

Unless you drive, the hotel has the only restaurant around. Fortunately, it serves excellent food in several charming, candle-lit dining rooms. I ordered saltimbocca with gnocchi and was pleasantly surprised by the tasty Gorgonzola-creme sauce. My girlfriend enjoyed a Caesar salad with shrimp that was both extremely fresh and filling. For dessert, we split a good, but not excellent, creme brulee. Our meal, with several glasses of wine each, came to €45.

After waking up and enjoying a generous breakfast buffet, we rented bikes from the hotel for €15 per bike. It was a bit pricey but worth it as the new mountain bikes easily handled the rough and sometimes muddy trails in the area. Just a kilometre from the hotel, we climbed the Hagelberg, a 200-metre hill that is one of the highest points in Brandenburg and the site of a Prussian victory against France during the Napoleonic wars.

We entered the forest, where the leaves were in full autumn splendor with every shade of yellow, red and orange imaginable. Further inside the forest, we came across skeletal, large wooden cubes sunk into the soil and surrounding several tree trunks, part of a permanent art exhibit that stretches 18 kilometres along a forest trail.

Eventually we reach Belzig, sitting above the town is the Eisenhardt Castle and its mediaeval tower. It costs a €1 to go up the 30 metre tower and from the top, you can see far in every direction. For those not interested in staying far out in the countryside, there’s a hotel in the castle. It’s so rustic and idyllic that it’s hard to believe much has changed here in centuries.

Lunch was at the Alter Brauhof, once the site of the city’s brewery. A note in the menu delicately explains that the brewery was shut down in 1959 by the East German government because of “prevailing opinions” regarding private property. The restaurant survived but instead of tasty local brew, we were left with a choice of Schultheiss or Czech beer. After a big meal of boar gulash and potato pancakes, we got on our bikes and head back towards the Gutshof, hoping to make it back before the early autumn sunset.

We turned onto a rough trail and my girlfriend’s bicycle got stuck in mud as she passed a small group of locals. They made fun of her fancy bike and waved at us as we passed. But we still arrived back at the Gutshof after a day of riding in time to enjoy a well-earned hot chocolate while watching the sun go down.

Belzig lies on the RE7 train line between Berlin and Dessau. It’s about an hour from Berlin and trains depart hourly. The adult fare to and from Berlin is €7.40 one way. If the hotel can’t pick you up, a taxi from the train station to the Gutshof costs approximately €12.