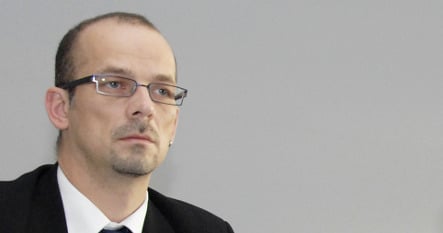 The reference site, which featured an entry on Heilmann that he apparently found offensive, remained blocked on Monday morning, though. “Mr. Heilmann has said he would like to retract his temporary injunction,” said an online statement from Wikimedia eV, which runs the German version of the open encyclopaedia. “As soon as the decision is reversed, we will reinstate our search option.”

The site was unlocked at 12:30 pm on Monday and the entry on Heilmann edited “at least a hundred times,” Wikimedia Deutschland Sebastian Moleski told news agency DDP.

Heilmann, 42, was a member of East Germany’s communist party, the SED, and after reunification, joined its successor party, the PDS. In September 2005 he became an MP for the Left party, representing the state of Schleswig-Holstein. Shortly afterwards the German media exposed his past relationship with the feared East German secret police, the Stasi, which he later admitted to concealing.

The site, which asked users to access its content via de.wikipedia.org during the temporary court order for what Heilmann called “false and slanderous” content, could have been blocked for to four weeks by the Lübeck court injunction, daily Berliner Morgenpost reported on Monday.

After the site was blocked, organizers received €16,000 in donations on Saturday, a record well above the average of €3,000 per day, the paper said. Wikipedia thanked users in an online statement for their “overwhelming support.” Heilmann was widely pilloried for his suit against the popular online reference work.

Even the leftist paper Neue Deutschland criticized Heilmann’s actions. “That there were doubtful and false entries is obvious,” the paper said. “Usually the internet group takes care of corrections. Whoever tries to change this democratic self-correction of such a medium, through even a temporary block, is on the path of censorship.”