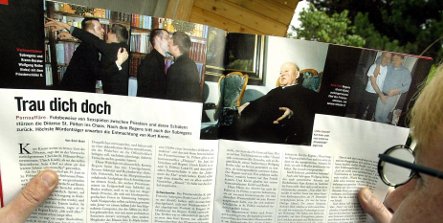 Wolfgang Rothe, who was second in charge of a priest seminar in St Pölten, Austria, was suspended in 2004 along with his boss after being accused of having sexual relations with his male students and taking part in wild sex parties.

Thousands of child porn-related data were also found on his computer.

He always denied the sex affair allegations and appealed against his suspension, but his protests were ignored by the Vatican which enacted the suspension this spring.

Der Spiegel said it could not get a comment from the Munich Catholic authorities on why Rothe was being employed again.