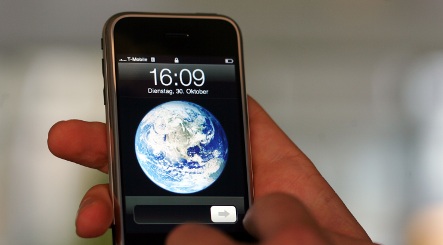 The program, “Fahr-Info-Berlin” – which located users via their mobile telephone network, told them which BVG metro stops were nearby and helped plan timely routes – had been downloaded for free some 20,000 times from the iTunes App Store since July.

But since BVG had the application taken offline, the decision has raised a number of user hackles on internet forums, the paper reported.

Lucky for Berliners keen to get their handy transportation planner back, regional transportation company VBB, which encompasses Berlin’s BVG company as well as public transport in the surrounding state of Brandenburg, has said they will support him in putting his application back online after meeting with Witt on Monday.

The new app will include information on the broader VBB network as well as “a different icon in the VBB colors,” Witt told the paper. He will now be allowed to access the systems entire network data – including BVG’s – for the project. He developed the initial BVG application as a hobby project and will do the VBB project without pay too, the paper reported.