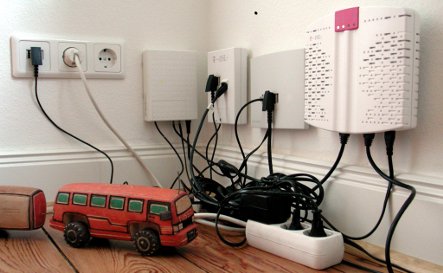 Does it really have to be this difficult??? Photo: DPA

The dismal results of the poll released this week by the Federation of German Consumer Organisations (VZVB) probably won’t surprise anyone who has already dealt with German internet providers, which can offer less than stellar service.

Out of 15,000 survey participants, every fifth customer reported waiting longer than a month to get a new DSL connection installed.

“Claims and promises from the providers are often miles away from the reality of the customer experience,” Olaf Weinel, head of the Lower Saxony VZVB branch, said in a statement.

Meanwhile the poll revealed deeper rifts between advertising and reality, showing that 48 percent of customers said they were promised higher transfer speeds than workers actually installed.

“The providers would be well-advised to take these results seriously so they can better meet customer needs in a cutthroat competition,” Weinel said.

The VZVB is a non-governmental organisation acting as an umbrella for 41 German consumer associations that represent the interests of private citizens.