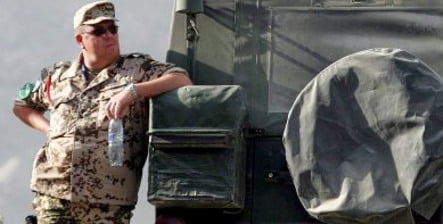 The shipments included 990,000 litres of beer and around 69,000 litres of wine and prosecco, according to a Defence Ministry response to an inquiry from the pro-business Free Democratic Party (FDP).

With some 3,600 German troops stationed in northern Afghanistan, the amount of alcohol delivered averages to some 294 litres of beer per soldier in the last year. Soldiers can buy beer and wine at stores on base, Bild reported.

“Alcohol obviously plays an alarming role in the Bundeswehr camps,” FDP defense expert Elke Hoff told the paper. “Is alcohol filling an absence of free time activity offerings? What are the superiors doing?”

German troops in northern Afghanistan who have become the target of an increasing number of insurgent attacks as part of the NATO International Security Assistance Force (ISAF) mission there.

The German Bundestag, or lower house of parliament, voted in October to extend Germany’s participation in Afghanistan and increase the number of soldiers deployed there to 4,500.