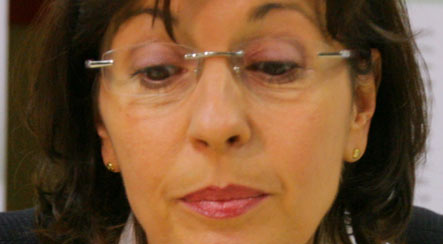 State Premier Andrea Ypsilanti is over it. Photo: DPA

The decision to hold a new election, tentatively scheduled for January 18, comes after four SPD rogue deputies decided Tuesday to withdraw their support for a minority coalition government.

SPD candidate for state premier, Andrea Ypsilanti, had fought to form a hotly disputed government with the environmentalist Greens and the anti-capitalist Left party.

Hesse, home to Germany’s business capital Frankfurt, has been in political limbo since a January state election when both Chancellor Angela Merkel’s ruling conservative Christian Democrats (CDU) and the SPD failed to win a majority with their preferred coalition partner.

The latest fiasco comes as the embattled SPD lags in the polls for next year’s national elections.