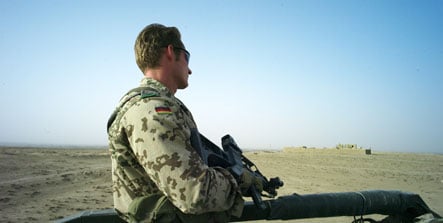 “The answer to the question whether we can do more is: we already are doing more than before and without the specific request from the USA,” Gernot Erler, the parliamentary liaison at the Foreign Ministry, told the Berliner Zeitung.

He said the German government could “quite confidently approach any such debate” about helping stabilize the two troubled countries.

“Not only does Germany have the third largest deployment of troops in Afghanistan, Germany has also increased its financial aid for civilian reconstruction of the country this year from €80 million to €170 million,” he told the paper.

Erler was equally reticent to consider the possibility Berlin would do more in Iraq. “Obama is also aware of our ‘red lines.’ That means no German troops in Iraq,” he said, making an exception for those already helping Iraqi economic and civilian projects.