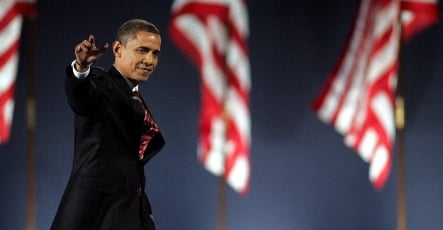 Is Obama pointing in a new direction? Photo: DPA

Few in Germany will be sorry to see an end to the often confrontational foreign policy of George W. Bush, however, both American and German officials believe Obama will also place unpopular demands on Berlin – including a request for deeper military engagement in Afghanistan.

“In the future the USA likely won’t go it alone like under George W. Bush,” a US general in Washington told German news agency DDP, adding that Berlin should prepare for a “completely new defence policy” under Obama.

Germany’s top military brass are certainly wary of the new president’s priorities. “Obama will put the fear of God into us,” said a general in Berlin, explaining the next administration would “take a close look” at Germany’s contribution to the NATO mission in Afghanistan.

The German general said Obama will want “more troops, more planes, more helicopters, and the deployment of international units across all of Afghanistan.”

The defence expert for the Atlanticist Free Democrats (FDP), Elke Hoff, agreed Germany would be expected to contribute more military might in Afghanistan, but said the change in Washington also offered Berlin new foreign policy options. “I’m interested to see if Obama’s foreign policy priorities remain the same after being elected president,” she said.

Paul Schäfer, the defence policy expert for the hard-line socialist Left party, said Obama’s demands would create “considerable problems” for Berlin. The leftists are highly critical of NATO and its military mission in Afghanistan, but Schäfer said the German government had to push Obama on both nuclear and conventional disarmament too.

Still, some transatlantic experts made clear ties between Berlin and Washington could only improve under Obama after eight years of rocky times with President Bush.

“Of course, they would have gotten better under John McCain too,” US political scientist James Davis told DDP on Wednesday.

But the dramatic economic developments in recent months would naturally push the transatlantic alliance closer together. “Obama will seek to work closely with Europe, because only together can the USA and Europe tackle the financial crisis,” he said.