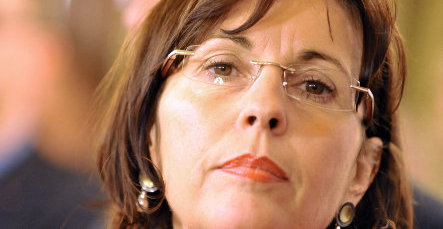 A growing number of state and national officials from across the political spectrum seemed resigned to the fact that there were few alternatives to heading back to the polls following the unexpected rebellion within the Hessian chapter of the Social Democratic Party (SPD) on Monday.

“After all the chaos inside the SPD the voters will now have to decide the future course of Hesse,” Green party parliamentarian Priska Hinz told Berliner Zeitung newspaper.

Four Social Democratic state legislators announced on Monday that they would not back Hessian SPD leader Andrea Ypsilanti in her efforts to form a minority government with the environmentalist Green party because it would be dependent on support from the hard-line socialist Left party.

Hinz, who was set to become education minister in Ypsilanti’s cabinet, appeared to have written off working with the Social Democrats entirely: “A change of government with the SPD isn’t possible for the foreseeable future.”

The pro-market Free Democrats (FDP) were also girding themselves for a new vote – which could possibly come early next year. The liberals, who were aligned with the conservative Christian Democrats heading into the inconclusive election last January, now appeared more open to other political constellations.

The head of the FDP in Hesse, Jörg-Uwe Hahn, said on Monday that new elections would be the cleanest option in the wake of Ypsilanti’s renewed failure to form a minority government.

Ypsilanti has tried for months to cobble together a left-wing coalition that would rely upon the support of the populist Left party, which would not formally join her government. Her first attempt to oust the incumbent conservative-led state government of premier Roland Koch failed this spring after some Social Democrats expressed reservations about reneging on a campaign promise not to work with the far-left.