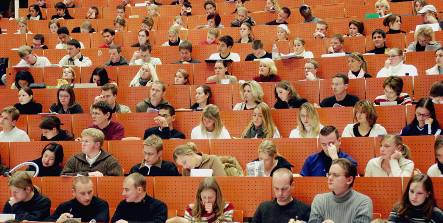 “It shows that students expect more quality from universities in return for their fees,” she said, adding that this is their right.

The study by the Higher Education Information System (HIS) found that some four percent of students who qualified for higher education in 2006 did not apply to university because of the fees, which average €500 per semester. The study showed that young women and students whose parents were not university educated were the most likely to give up on because of the added costs.

“No one should be prevented from an education because of social reasons,” Schavan said, adding that the fees placed fifth on the list of reasons students did not attend university.

A total of 19 percent of eligible students did not enter the halls of knowledge in 2006, when the new fees were introduced in the states of Lower Saxony and North Rhine-Westphalia. Five other states have since instated university fees – Bavaria, Baden-Württemberg, Hamburg, Hesse, and Saarland.