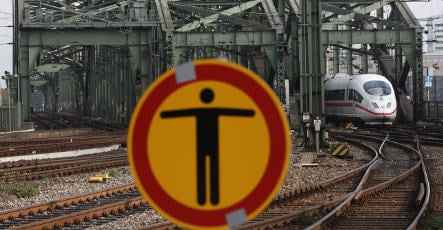 Tens of thousands of railway passengers have faced delays and cancellations since Deutsche Bahn recalled scores of its high-speed train fleet to check axles amid ongoing safety concerns following a derailment in July.

These safety checks will prevent some 40 high-speed ICE-T trains from rejoining the fleet until the winter holidays, Deutsche Bahn head Hartmut Mehdorn said on Thursday evening.

“In the next six weeks we won’t have any improvements,” he said, adding that the situation will gradually improve thereafter. His announcement came just a few days after the company said delays would only last until mid-November.

Last week Deutsche Bahn asked manufacturers Siemens and Bombardier to provide reliable guarantees for axles which have been a concern since a derailment in Cologne in July caused by a broken axle. But the companies failed to meet this request, forcing the railway provider to conduct sweeping safety tests to the trains, named for their tilt technology. The axle manufacturers initially suggested safety checks every 480,000 kilometres, but Bahn is now doing ultrasound checks on the axles every 30,000 kilometres.