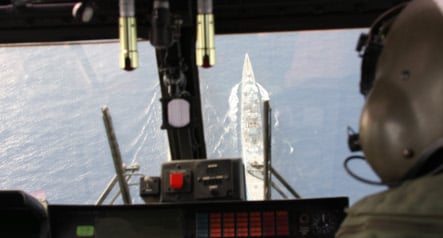 The cabinet decreased the maximum level of soldiers that may serve in the maritime surveillance portion of Operation Enduring Freedom (OEF) in eastern Africa to 800 from 1,400. There are currently 90 German troops in the region.

The Bundestag lower house of parliament must approve the extension of the mandate, which would run out on December 15, 2009. Debate will begin next week with a vote expected in mid-November.

The new mandate also confirms that up to 100 German KSK special forces will no longer stand at the ready to aid US soldiers fighting insurgents under OEF in Afghanistan.

Foreign Minister Frank-Walter Steinmeier had called for the end of their mandate as the elite soldiers had not been deployed in OEF in three years. The KSK troops can, however, swing into action under the German mandate for participation in NATO’s peacekeeping force in Afghanistan, which was extended this month.

Germany offered the United States its “unconditional solidarity” after the suicide hijackings of September 11, 2001 and parliament approved the engagement of up to 3,900 troops in OEF in Afghanistan and the Horn of Africa.

Their mission in the Horn of Africa is aimed at stopping shipments of arms and materiel that could be used in terror attacks.