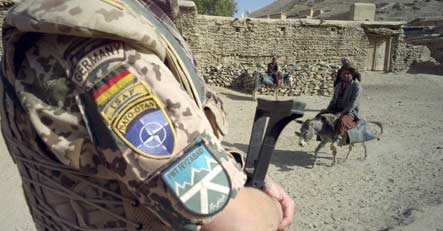 No, you're not still dreaming. That is a man on a very wee donkey. Photo: DPA

No soldiers were injured when shots were fired at the checkpoint near Kunduz around 8 pm on Friday, and officials are investigating the incident.

The military did not confirm whether Bundeswehr soldiers returned fire or injured insurgents in the attack.

A suicide attack near Kunduz killed two German troops and five Afghan children on October 20, as a man blew himself up after approaching the German soldiers on a bicycle.

This month the German Bundestag, or lower house of parliament, voted to extend Germany’s participation in Afghanistan and increase the number of soldiers deployed there to 4,500.