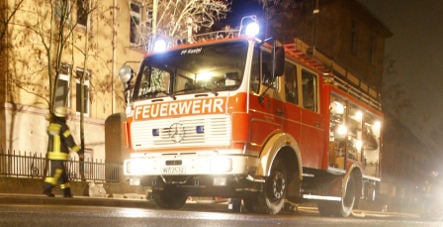 The 37-year-old Porta Westfalica man was roused by the agitated cats around 1:45 am as they paced back and forth in the room. Shortly thereafter the power went out and the man smelled smoke, a police spokesman said.

The man woke his wife and 15-year-old daughter, and all three left the house unharmed, but by the time the fire department arrived, the roof of their home had been consumed by the flames.

Fire department workers managed to quell the blaze and save large portions of the wood home, but it was rendered unihabitable, forcing the family stay with relatives overnight.

“We’re sending officers to the scene to determine the extent of the damage in daylight in the ongoing investigation,” a police spokesperson told The Local.