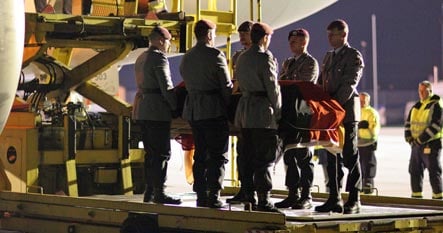 “It’s misleading when the government pretends the mission in Afghanistan is a kind of armed development aid,” Rühe told the Thursday edition of Bild. “It’s a war between NATO, the West and civilization against the kraken of terrorism.”

Scharping pointed out that those responsible for the recent deaths of the German soldiers – the radical Islamist Taliban movement – considered their actions nothing less than war.

“The Tailban call it that too when they speak of Jihad, the holy war,” Scharping told the paper, adding that their hostilities were aimed at civil society as a whole.

Struck, currently Social Democratic parliamentary group leader, told public broadcaster ARD it was wrong for Jung to portray the increasingly unpopular operation in Afghanistan as a peacekeeping or development programme. “It’s a combat mission. It’s war against terrorism and soldiers can die there,” he said.

A suicide attack near the northern Afghanistan city of Kunduz on Monday killed two German troops and five Afghan children.