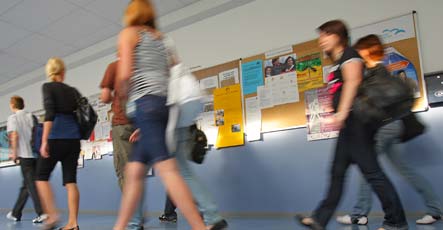 “In some subjects, separate lessons for certain ages of boys and girls can make sense,” she told daily Hamburger Abendblatt. “Some states see it this way in their school laws too.”

In language and science courses, for example, the state has experience that says girls and boys need to be taught differently because of their individual fears, Schavan told the paper.

Lessons should be “arranged so that boys and girls have equal access,” she told the paper. “Where separate classes can do this better, then it’s an option.”

Meanwhile Chancellor Angela Merkel called on Wednesday for improvements to the country’s underperforming education system ahead of the summit.

“Citizens’ knowledge and ability is what we live on. And education gives every individual the chance to rise up in our society,” Merkel told the Bild daily, calling for Germany to become an “education republic.”

German businesses have recently begun to complain that of qualified young employees are hard to find becuase of unsatisfactory schools in an April report by the Organisation for Economic Cooperation and Development (OECD).

Under the its federal system, Germany’s schools are run – and financed – by the country’s 16 states, many of which resent interference from Berlin and fiercely defend the right to determine their own school policies.

Education Minister Schavan has promised to provide “billions” of euros in federal money if the states agree to review the way schools are run.