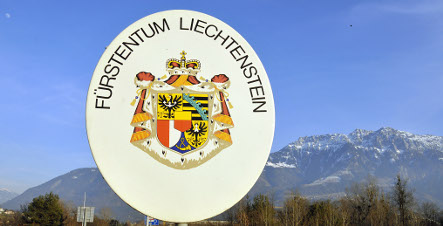 Soon to be blacklisted? Photo: DPA

The world’s 40-odd tax havens, such as the Cayman Islands and Jersey, are known hideaways for undeclared revenue and host many of the non-regulated hedge funds that have come under fire following the recent financial meltdown.

French Budget Minister Eric Woerth said the 17 governments at the Paris meeting agreed to task the OECD with drafting a new expanded blacklist of countries that fail to cooperate on tax evasion and transparency.

“We want to come up with a blacklist of official tax havens,” Woerth told a news conference following the meeting of countries from the Organisation for Economic Cooperation and Development (OECD).

German Finance Minister Peer Steinbrueck singled out Switzerland for criticism, saying it had failed to fully cooperate on taxation issues and deserved to be on the new list.

“Switzerland should be on the blacklist and not the green list” of countries that do cooperate, he said.

“Banking secrecy has its limits,” Woerth added. “Switzerland has made progress… but we must take matters farther.”

Switzerland, often criticised for its opaque bank secrecy laws, decided to boycott the meeting along with Luxembourg, while the United States and Austria declined to send representatives.

The absence of such financial powerhouses could call the importance of Tuesday’s meeting into question, but France and Germany decided to forge ahead.

The OECD will have until mid-2009 to draft the new list and a conference will take place in Berlin in May or June to decide on further steps, Woerth said.

After US and European governments bailed out a number of banks, politicians began questioning how and why some of those same financial institutions were able to continue to operate in countries that encourage tax evasion.

“Is it normal that a bank to which we guarantee loans or allocate our own funds continues operating in tax havens? The answer is no,” French President Nicolas Sarkozy said last week.

The OECD lists 38 countries that have adopted tight banking secrecy laws and are tax-free, or have very low taxation.

But only three of those – Andorra, Liechtenstein and Monaco – are on the OECD blacklist for refusing to share any information on their finance sectors.

The new blacklist could contain about a dozen countries, said a French official earlier.

“This would have an important stigmatising effect. Bankers don’t like to be seen as delinquents,” he said.

Some financial centres in Asia may soon find themselves on the list while others that were taken off a few years ago may once again be singled out for failing to follow through on pledges of more transparency, said the official.

Prime Minister Francois Fillon has called for wiping out tax havens altogether as a pre-requisite for global finance reform.

“Black holes like offshore centres should no longer exist,” Fillon told parliament last week. “Their disappearance must be a prelude to a reform of the international financial system.”

Transparency International France estimates that about $10 trillion – four times France’s gross domestic product – are stashed in secret offshore accounts away from the prying eyes of regulators or tax inspectors.