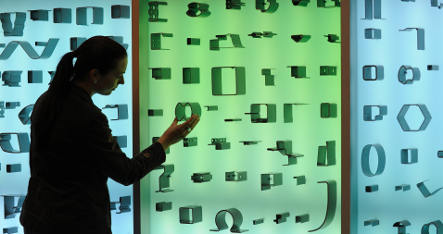 Chancellor Angela Merkel asked the economy and finance ministers at a cabinet meeting on Monday to develop ideas by early November to boost certain industries hit by the crisis, her spokesman Thomas Steg said.

“The chancellor spoke out (at the cabinet meeting) specifically against a vague, traditional, wide-ranging credit and economic programme financed by new borrowing,” Steg told a regular news conference.

“But what could be helpful in this situation are very precise, very targeted measures to stimulate investment for certain industries,” Steg said, adding that these should be “convincing, affordable and first and foremost can be put into place quickly.”

The cabinet will then decide on which measures to take while drawing up its 2009 budget, which is due to be finalised next month, Steg said. He said that, for now at least, Berlin was still aiming for a balanced federal budget by 2011.

“The financial stability package is itself already an impulse for the real economy, something that will stabilise the economy and growth in Germany,” Steg said.

Media reports said on Monday that the measures being considered included tax breaks for low-emissions cars and state guarantees on loans to small and medium sized companies. Steg said that no specific measures were discussed by the cabinet on Monday.

On Thursday, Economy Minister Michael Glos slashed his forecast for 2009 growth to just 0.2 percent from his previous projection of 1.2 percent, the slowest rate of growth since the 2003 recession when output shrank 0.2 percent.

But the ministry’s predictions were more optimistic than some: earlier last week leading economic think tanks drew up a worst-case scenario whereby German GDP could actually contract by as much as 0.8 percent in 2009.

Deutsche Bank meanwhile forecasts that output in Germany – which makes up around a third of the eurozone economy – will shrink by 1.5 percent in 2009 and that the eurozone as a whole will contract by 1.4 percent, the Financial Times Deutschland said.

The technical definition of recession is two consecutive quarters of negative growth.