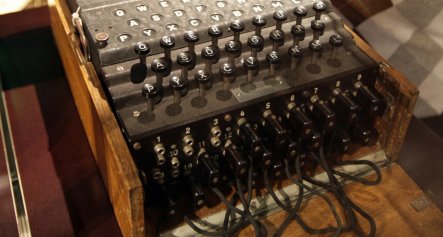 The Spanish daily newspaper El Pais reported this week that it had found 16 of the machines, which resemble clunky typewriters, at an army headquarters in Madrid. It said they were a “secret weapon” which contributed to the right-wing Nationalist victory.

Franco, who ruled Spain with an iron fist until his death in 1975, bought about 50 of the commercial version of the machines, which were less sophisticated than the military version, from Germany, the newspaper said. The use of the machines during Spain’s 1936-39 civil war has until now been a secret.

The civil war was sparked by Franco’s insurgency against the democratically elected left-wing Republican government.

Nazi Germany and fascist Italy stepped in to help Franco, while the Soviet Union aided the Republican government along with volunteers from around the world who joined the “Brigadas Internacionales” to fight fascism.

An estimated 500,000 died in Spain’s civil war, which preceded World War II in the rest of Europe.