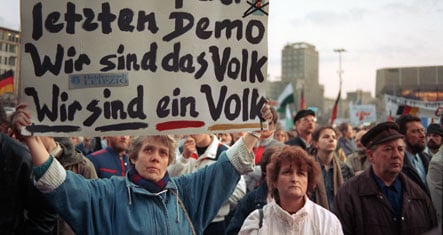 People will gather near the city’s St. Nicolas Church with candles for prayers for peace and a traditional speech about the importance of democracy. The speaker this year – the 19th anniversary of the beginning of the bloodless revolution – will be German Foreign Minister Frank-Walter Steinmeier.

On October 9, 1989, some 70,000 people staged a peaceful demonstration calling for more freedom and democracy in the communist country. Many feared the East German security forces would respond with violence and oppression, but when the protest remained peaceful the opposition to the regime quickly grew.

After that, regular “Monday Demonstrations” helped increase pressure on East Germany’s communist masters to open the Berlin Wall on November 9, 1989, paving the way for German reunification the following year.