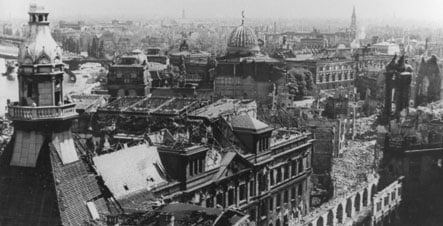 Until now, the number of dead from the February 1945 attack on the eastern German city has swung wildly from 35,000 to half a million victims. But a panel of historians commissioned by the city’s former mayor in 2004 has just determined it was likely far smaller.

“The results of the commission determine that 18,000 died in Dresden from the air raids,” daily Die Weltquoted an official statement on Thursday. “The commission assumes a maximum of 25,000 people lost their lives in the February attacks on Dresden.”

The British and American air raids on the city once known as “Florence on the Elbe” are widely considered to have been unnecessary and responsible for the deaths of innocent civilians. The city has rebuilt much of its historic centre and long since moved on, but the bombing continues to stoke controversy.

Neo-Nazis have repeatedly used it for propaganda purposes and members of the far-right NPD party in the Saxon parliament have scandalized the city by referring to it as the “Bombing Holocaust.”